The new concept Design by Meccano Engineering is ready to be unveiled.

Inspired by Nature, the exterior design of the M/Y Pellegrino is a stylistic representation of one of the most evoked animals in history: Peregrine Falcon.

This new design is a mix of both engineering and creativity, coexisting and developed under the expert supervision of our engineering team.

Large and luxurious living spaces for the 10 guests in this 35m long motor yacht, reaching more than 30 knots of top speed. 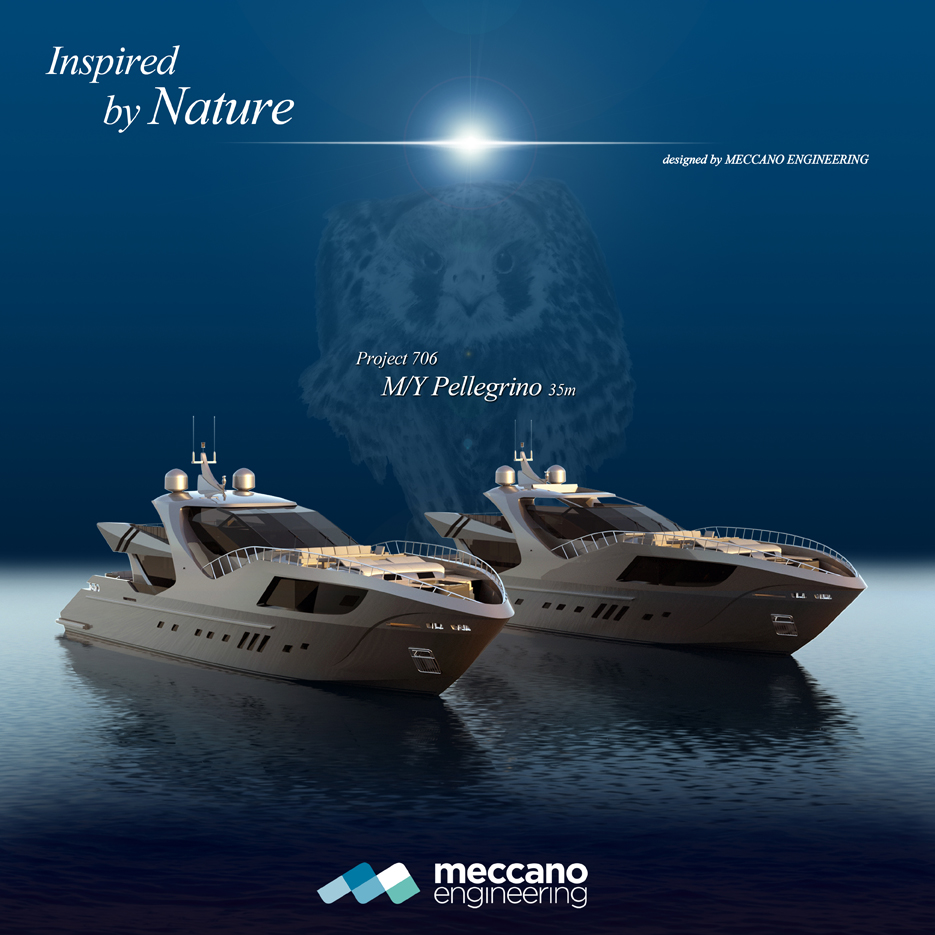 N/R Laura Bassi (formerly Polar Queen and RRS Ernest Shackleton) is an icebreaking research vessel built in 1995 in Norway. In 2019 she has been acquired by the Italian National Institute of Oceanography and Applied Geophysics (OGS) and is now starting an important refitting in Trieste.

The refitting foresees the replacement of many under keel sensors and transmitters supplied by Kongsberg, with the consequent substitution of some 30 tonnes of steel of the bottom blister. The scope will also include the installation of cable routing pipes from the bottom sensor’ casings to the control rooms and the layout update of the Laboratory room.

The refitting works will be carried out by Fincantieri, under the surveillance of RINa, and Meccano Engineering is proud to have been selected by OGS as a trusted partner for the supply of the engineering services for this refitting. Since December 2020 we have put in place a highly experienced multidisciplinary engineering team (Structure, Machinery, Electrical, Outfitting), supporting the project on multiple levels, working along side and coordinating all parties involved (OGS, Fincantieri, RINa, Kongsberg). As it is the case for all modifications on operating vessels, time was of the essence and we worked hard to successfully deliver high quality design within a challenging time frame.

The team will be supporting the project also during construction, up to ship delivery planned for the end of May 2021.

Thanks to OGS for the opportunity! 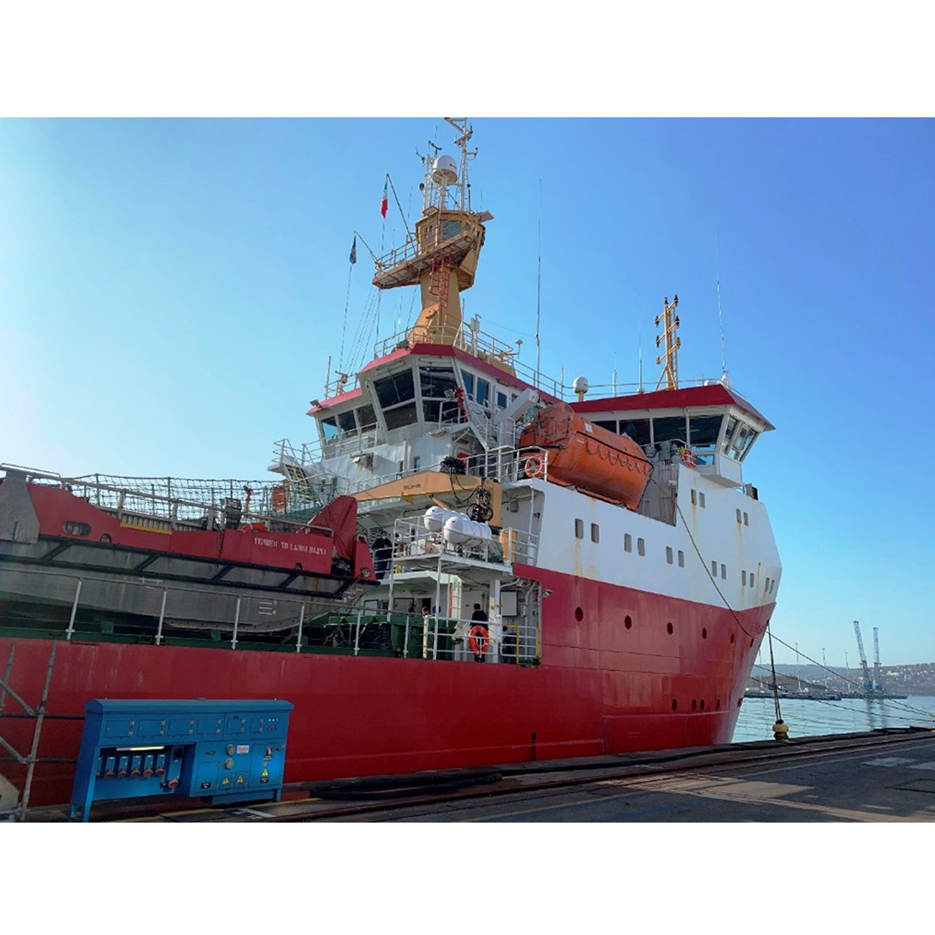 Make the design process always safer, more efficient and smarter is our goal at Meccano Engineering.

That’s why winning the FVG tender of research project on process and organization innovation was a great opportunity to pursuing our ideas.

The project will consist of two parts. The first is represented by the creation of a company database, gathering the huge quantity of information on various kind of ships, which will lead our decisions on new projects and will allow a statistic approach to concept design.

The second part foresees the introduction of Napa Designer and Napa Drafting in the development of structural design, to achieve a quick and reliable integration between 3D model and 2D output. 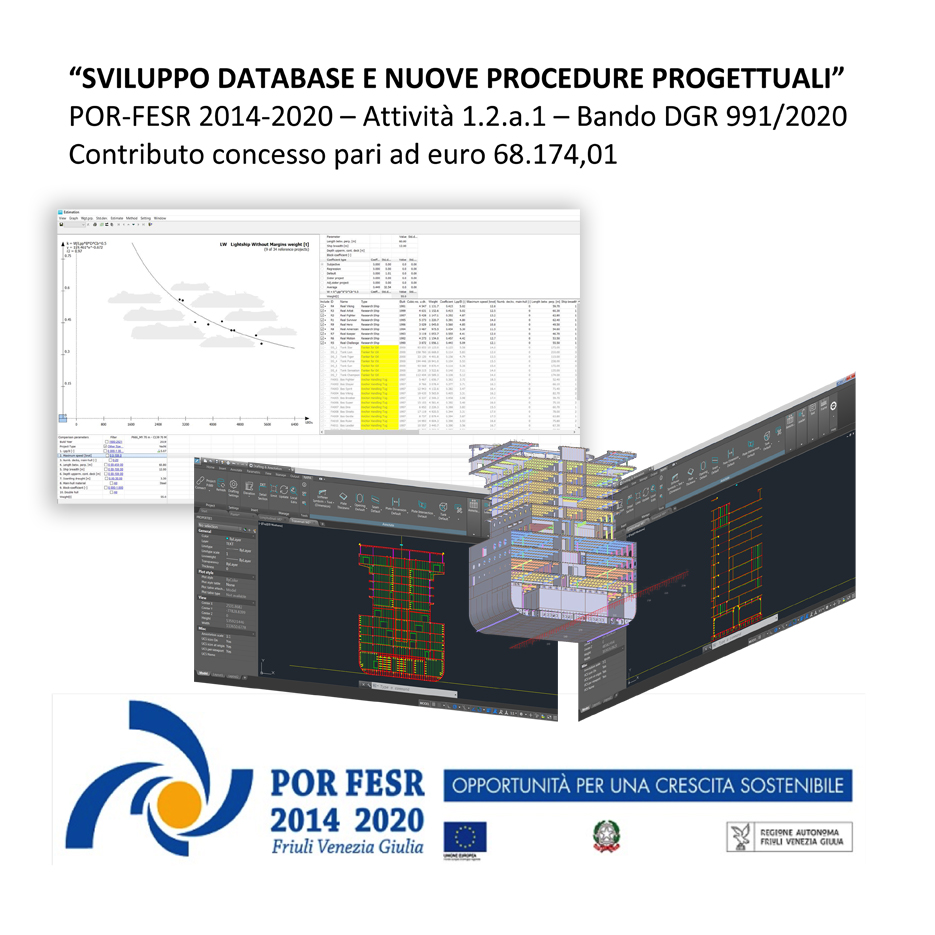 Our experienced Naval Architects provide site support and consultancy for lightship surveys and inclining experiments on ships and yachts of any kind, with a large track record of such services over the last 15 years.

Here we successfully organised and managed the lightship survey for the 116m M/Y Ulysses while she was docking in Trieste. Thanks to Manta Maritime for the opportunity and the crew for the proactive collaboration! 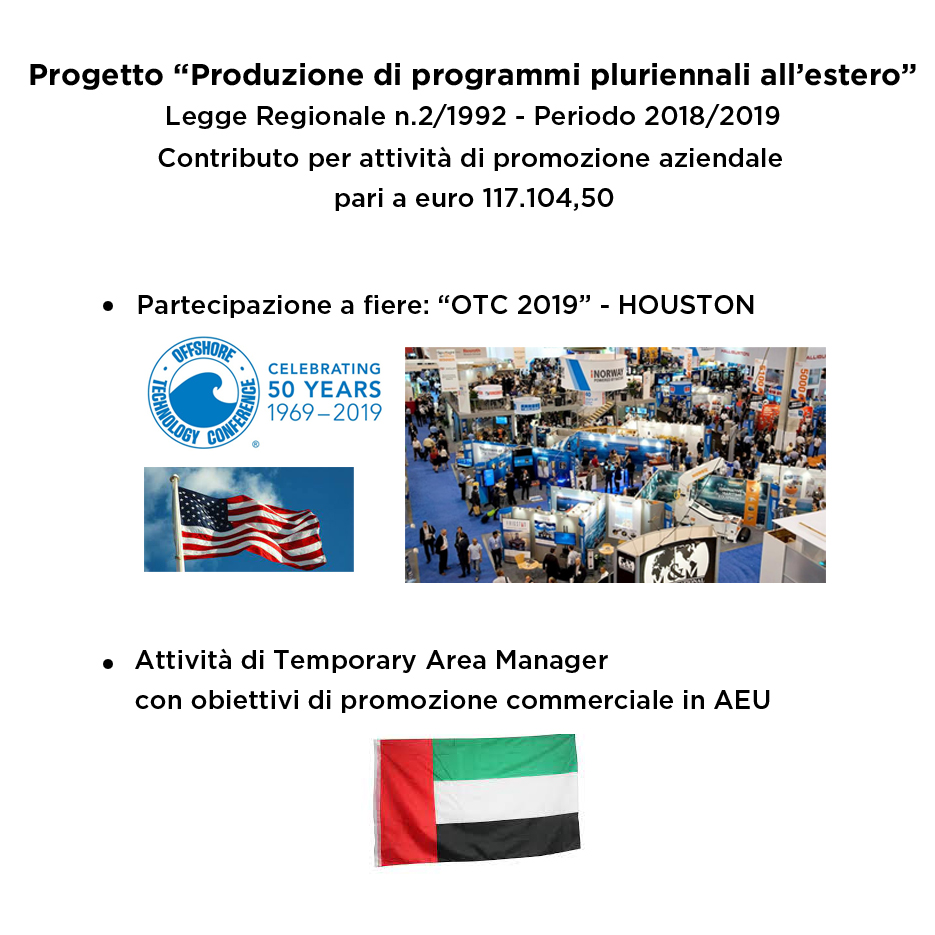 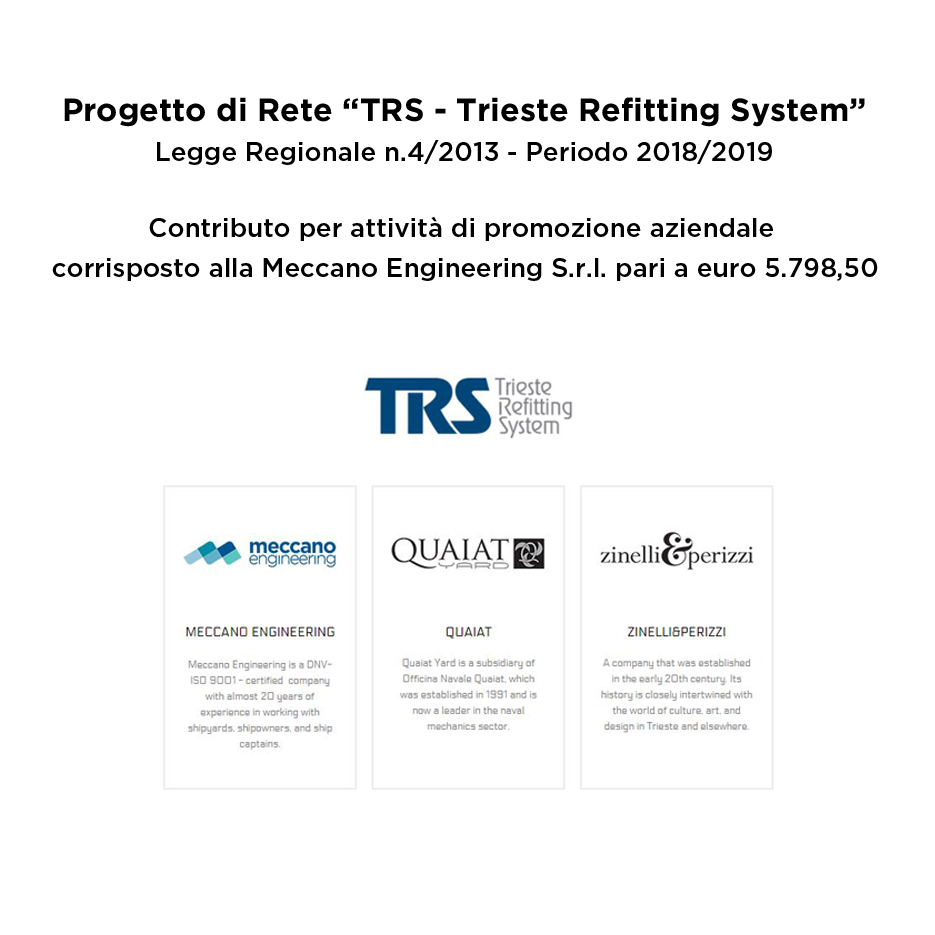 This is great picture to see after many months of collaboration with Fincantieri for the engineering development of the project.

Meccano Engineering’s team has successfully delivered the multidisciplinary design of the added block and the integration of the same with the exsisting ship. Structures, piping systems, ventilation, safety, outfitting, stability and naval architecture in general, as well as high level consultancy and site support.

Challenging project, the success of which set one additional milestone to the Company large track record of major refitting projects!

Thanks to ATENA_FVG (Associazione Tecnica Navale Italiana – Friuli Venezia Giulia) to have organized the Conference on: “Autonomous Ship: which is the future?”

Invited as speakers at the Conference, we have presented SAND, a Surface Autonomous Naval Drone, designed and built by the RTI Effebi-Meccano Engineering-IDS.

Meccano Engineering, has operated as Platform Design Authority, providing requirement definitions, feasibility studies, platform design and engineering, planning activities and the integration of systems and components provided by the other Partners and/or other suppliers. 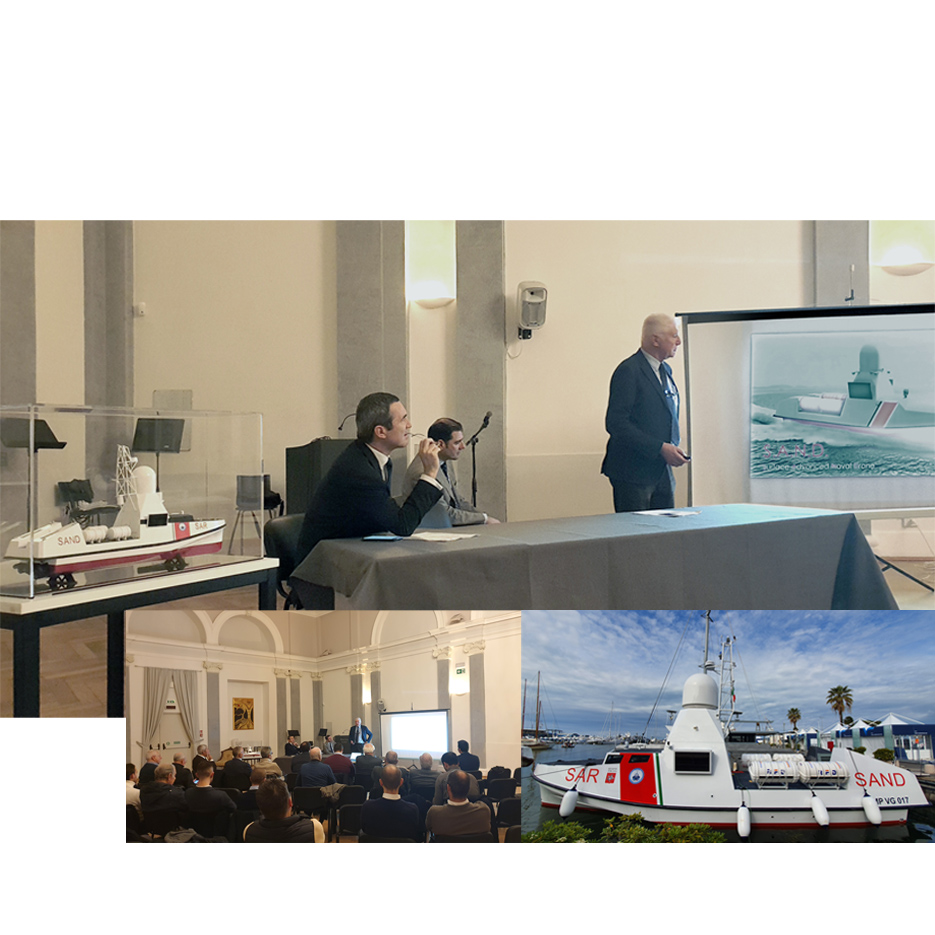 Meccano Engineering is proud to have worked, in partnership with the Ravenna-based shipyard Rosetti Superyachts, on the definition of a new concept of a 65-metre Explorer Yacht. Our Company, in charge for the Exterior Design, Naval Architecture and Multidisciplinary Engineering of the vessel, takes its inspiration from the natural world creating a Design with “strong supply vessel characteristics”, called Orca. This concept design has been developed over a period of four months by a team of skilled and experienced engineers and our exterior designer, starting from a blank piece of paper but with a clear vision of where we wanted to arrive. We are now ready to tackle the next project phase and make this real! 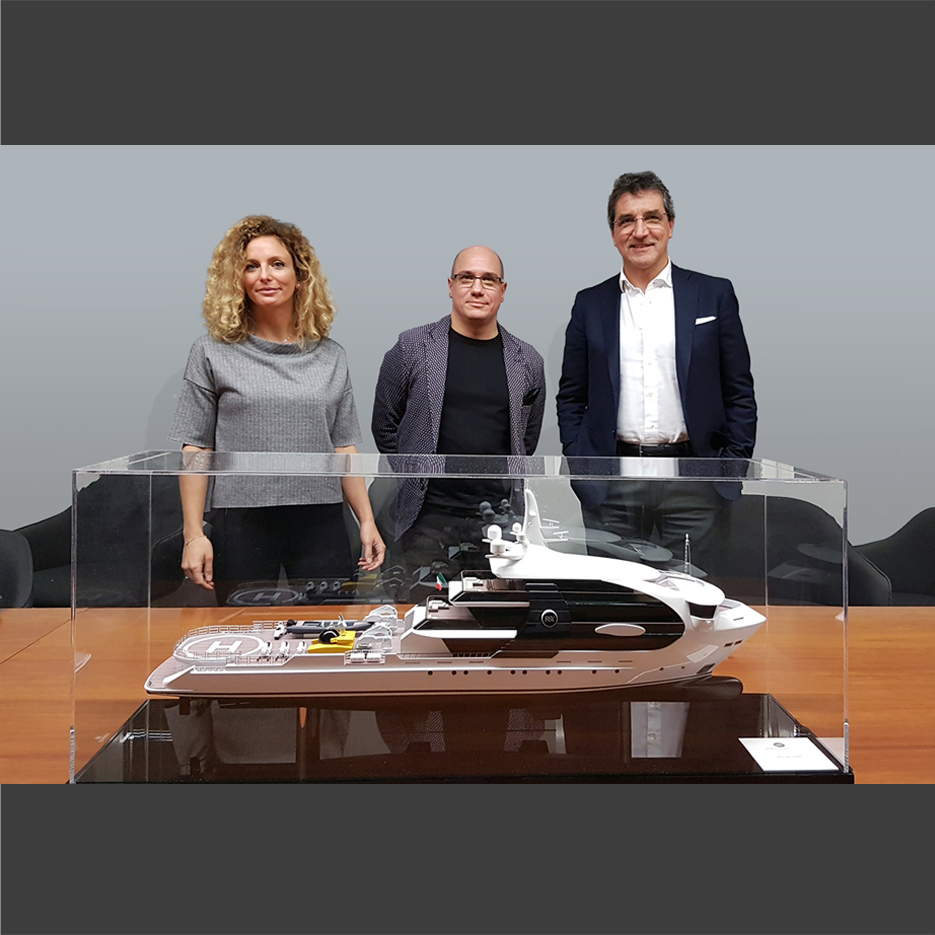 The Project was developed  through the partnership of Meccano Engineering, Effebi and IDS Ingegneria dei Sistemi and co-financed by the Tuscany Region.

The aim of the research program is to build an advanced unmanned boat with outstanding sea-keeping capabilities and able to support up to ten different Mission System configurations.

After prototype construction, one year is planned to be dedicated to product
marketing with an estimated follow up of several units per year. 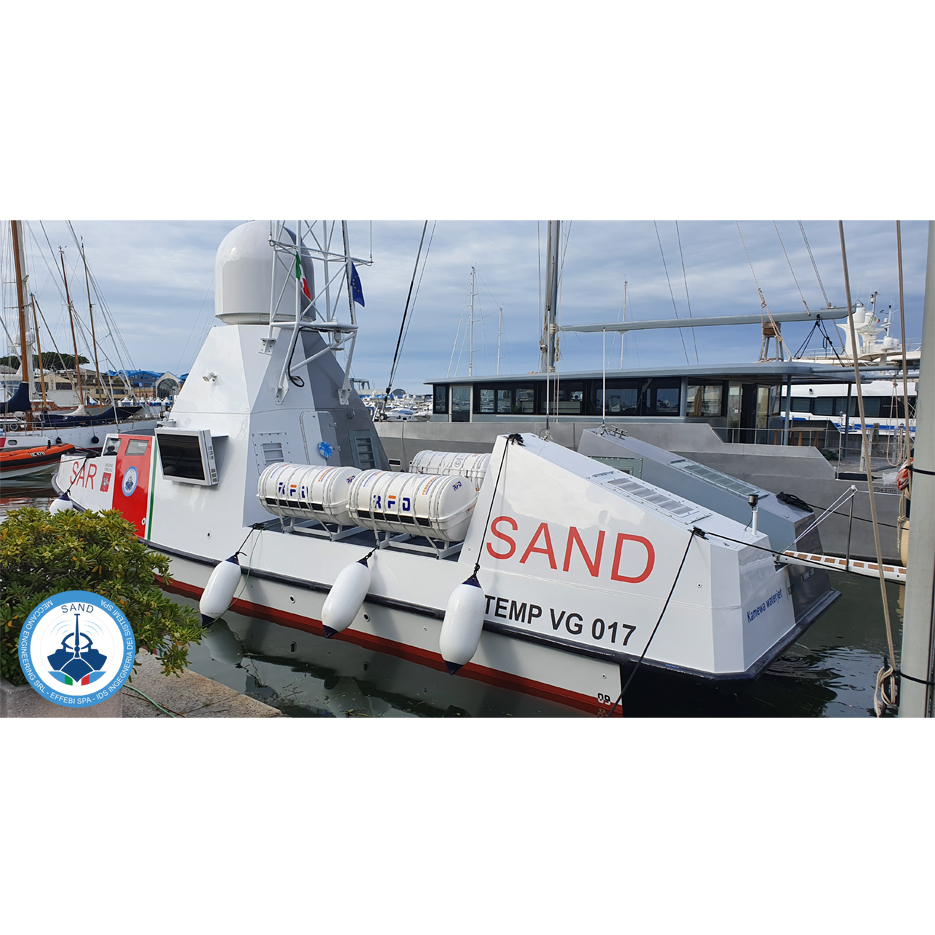 You can find out more about which cookies we are using or switch them off in settings.

Here, you’ll also find links to our Privacy Policy, which explain how we process your personal data.

This website uses cookies so that we can provide you with the best user experience possible. Cookie information is stored in your browser and performs functions such as recognising you when you return to our website and helping our team to understand which sections of the website you find most interesting and useful.

This website uses Google Analytics to collect anonymous information such as the number of visitors to the site, and the most popular pages.

Enable necessary cookies to be able to save your preferences.